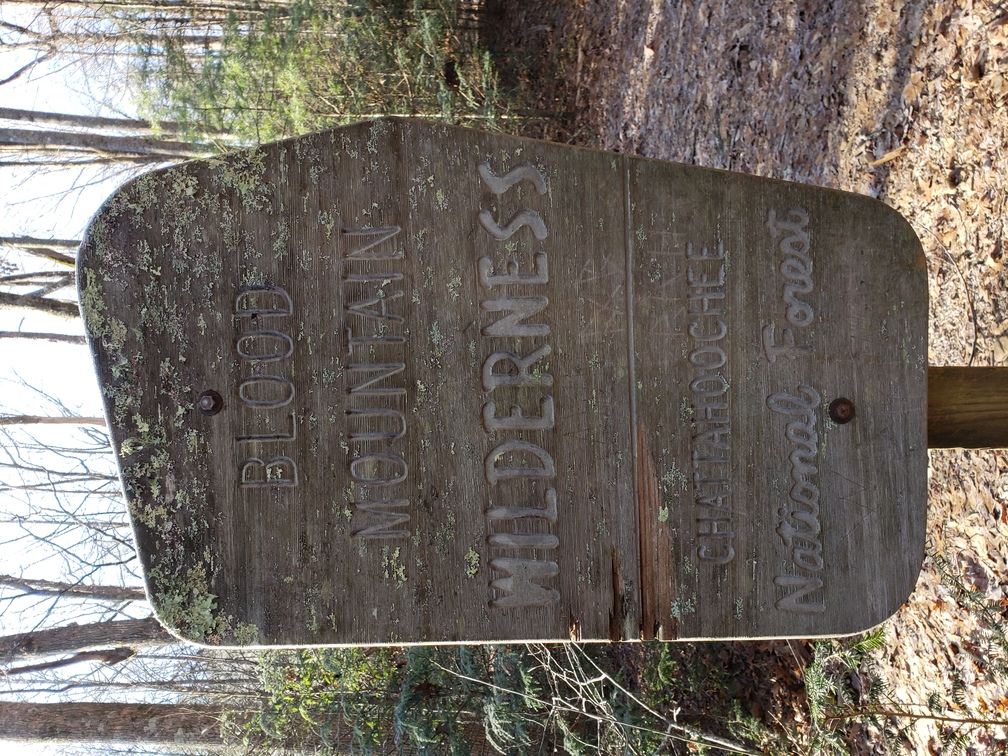 One year ago, on Jan. 23, 2021, we (KO4KVG and KO4KVH) first participated in Summits on the Air (SOTA) by activating Springer Mountain. In the following weeks, we activated a couple more summits (notably Coosa Bald and Double Spring Knob), but then life got in the way, and hiking and amateur radio unfortunately fell to the wayside. In fact, even though we received our General class licenses in early 2021, even those privileges went unused.

During the last week of December 2021, we purchased a Yaesu FT-991a to finally use our HF privileges, and that reignited the interest in radio. Although the weather during the early part of January 2022 was not very amicable, I decided that I needed to get outside and get active; given the renewed interest in radio, I opted to pursue a SOTA activation of Blood Mountain, W4G/NG-004.

I chose this particular summit for a few reasons. First, I was going to have to do this activation solo (KO4KVG had prior commitments and was also planning on running a half-marathon the following weekend and did not want to risk potential injury), so I wanted a summit I was familiar with. Second, I am limited in trailheads that I am able to reach because I do not have an offroad-capable vehicle. Finally, I wanted a moderately challenging hike. Thus, my plan was to park at Vogel State Park and reach Blood Mountain via a combination of the Coosa Backcountry Trail, Duncan Ridge Trail, and the Appalachian Trail (see here; important to note that although this says ~7.5 miles, my Garmin GPS logged closer to 10 miles each time I’ve done this hike, and I’ve read similar reports of this route being ~10 miles).

On the morning of Jan. 23, 2022, I headed toward Vogel at ~6:15 am, and I arrived at the park around 8:30 am. It was quite cold (~20 F when I arrived), and there was still ice on the sides of the road during my approach to the park. I quickly kitted up and headed toward the trail. Fortunately, it was completely sunny, and although it was quite cold out, I started warming up within the first mile.

As I started gaining some elevation, the amount of snow on the trail started to increase. Because this route had not been highly trafficked in the preceding days, the snow was still quite pristine, and it was nice to look at (although keeping my sunglasses on was a must!) After a couple hours of hiking, including through some sections that were quite slick given the snow/ice cover, I finally reached the summit a little after 11 am EST. It is easy to know you’ve reached the summit because there is a nice shelter, and the summit marker is easily found. Because it was a cold day, the summit was pretty empty. I was easily able to find a secluded spot with a great view, where I dropped my pack to set up. After eating a quick lunch, I started calling CQ on 146.520 (radio: Yaesu FT-60R HT with a Signal Stick antenna). I quickly had a couple of stations respond to my call, including a fairly prominent SOTA activator in the region. I had a nice conversation with the latter station about some SOTA pointers, and he sent me a nice follow up email with equipment and trail advice for the region – much appreciated!

After these two contacts, I setup my N9TAX roll-up slim jim antenna in a tree, which greatly increased my range and clarity. I started calling CQ again, and I was able to make summit-to-summit contacts with a group on Buckeye Knob and most notably, with a group on Kennesaw Mountain. With the latter, they had a very similar setup (HTs with a roll-up slim jim antenna), and we were exchanging 59 signal reports.

Although I’ve only done a few SOTA activations, this was my most productive. I actually ended up having to work a small pileup on 146.520! I logged more than my required 4 contacts for the activation to count, but after ~1 hour of working the summit, I decided it was time to pack up. Unfortunately, it was pretty windy on the summit, and given the cold temperatures, I was really cold. I was definitely struggling to record my QSOs, and I decided it would be a good idea to get moving again simply to warm up.

The trek down the mountain back to Vogel was pretty uneventful. The day had started to warm up a bit, so the trail had become somewhat sloppy. There were a lot of slick spots coming down – a combination of ice and mud from freeze/thaw. Fortunately, I made it back to my vehicle around 2:30 pm EST without any notable incidents and was able to safely make the drive home (and by this time, thankfully, all the ice on the roads had cleared).

Overall, this was a very successful activation. I was able to get a nice 10 mile hike in, was able to make all the required contacts for an activation, and it renewed my interest in pursuing SOTA activations. When I arrived home, I had a nice long email from a fellow activator with great advice for future activations – including advice on portable HF rigs.

I’ve since ordered a Yaesu FT-818 for QRP HF, so once that arrives, future activations will also include attempts on bands other than 2 m, which I’m extremely excited about. Over the next few months, I hope to activate several more SOTA-eligible summits while also optimizing my gear/loadout for such activations. 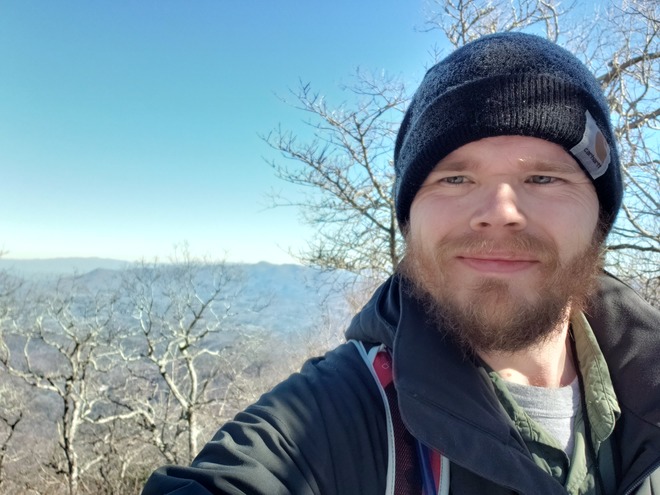 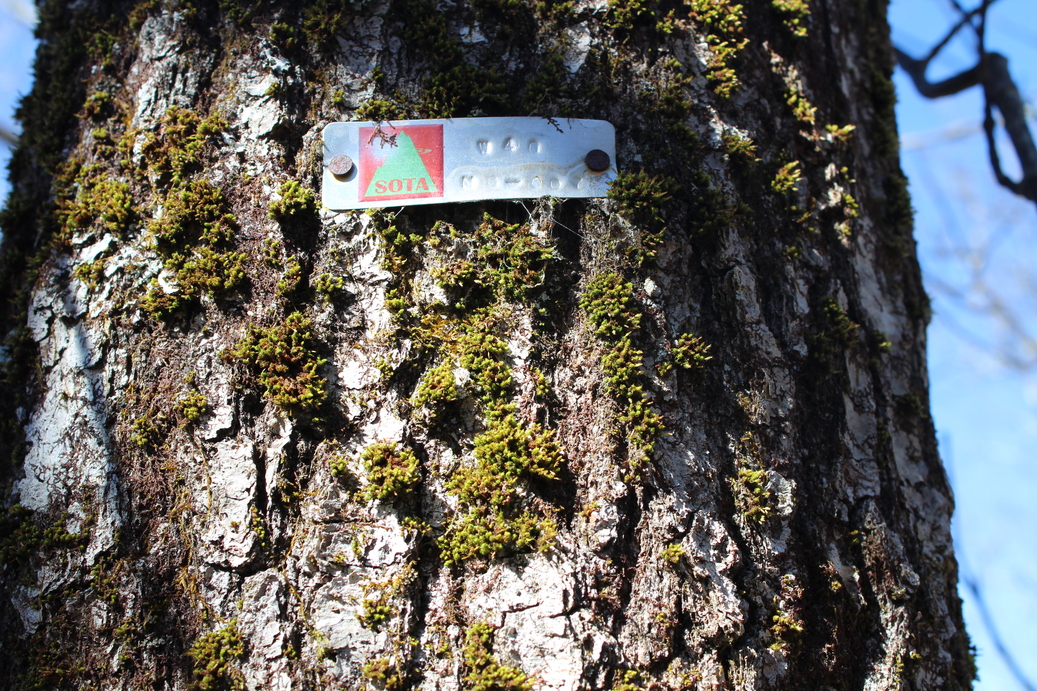 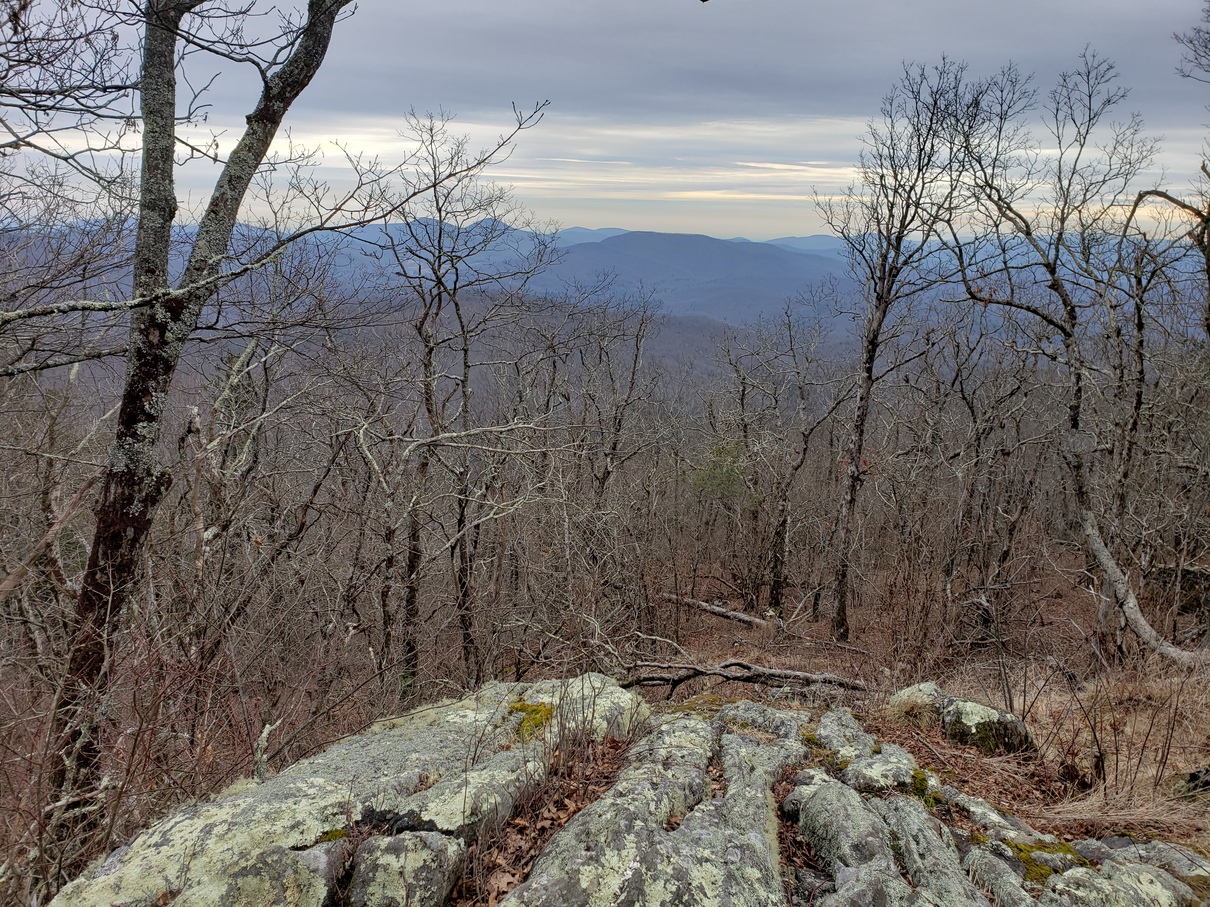